After months of anticipation, Chrysler announced today that the long-awaited 2015 Chrysler 300 is finally available and we expect demand will be high at Bustard Chrysler’s Waterloo and Listowel dealerships!

Chrysler aficionados know that the vehicle has been reinvented time and time again. 2015 was no exception. 2011's Chrysler 300 redesign mellowed out the vehicle but the 2015 is anything but mellow! The new look's got plenty of swagger with a larger grille, updated fascia and redesigned lights. The combination of new elements gives the 300 a menacing glare and plenty of attitude to satisfy old and new fans alike! 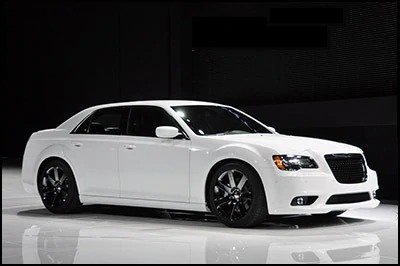 The 300’s “original gangster” look is back, with a 30% larger grille constructed of wire mesh. Chrysler 300 buyers weren’t the biggest fans of the smaller grille that came with the 2011 redesign, and we know the new, larger look is going to generate a ton of interest. Tons of time was spent on revamping the front end to give it “the attitude it deserves” according to Chrysler brand president Al Gardner. In addition to the new grille, the car’s front fascia was revised with a chrome strip that accents the grille, plus a wide lower intake element that makes it look more aggressive. The rear of the car wasn’t left behind during the transition, having been updated with new LED taillights and newly designed tapered exhaust tips. The tough look is an homage to the original 2005 300 and its sure to impress both Chrysler diehards and new buyers.

Above: Chrysler 300s throughout history

Fans will be happy to know the car doesn’t just have style, it’s got substance! All 2015 Chrysler 300 models are packed with an 8-speed automatic transmission, improving both highway and city fuel economy while also increasing acceleration. The 2014 model’s electronic gearshift lever has been replaced by a rotary shifter which is more intuitive to operate and takes up less space. Electronic power steering has replaced the hydraulic steering system, making the 300 that much more efficient.

Overall, the new Chrysler 300 offers plenty of old school muscle combined with new school technology and it is sure to appease generations old and new. If you’re looking to get yourself into a brand new 300, look no further than Bustard Chrysler in Waterloo and Listowel. We’ve placing orders for models tailored to your desires. Don’t hesitate to contact us at (855) 273-2507 (Waterloo) or (519) 291-1900 (Listowel), or email us at sales@bustard.com if you have any questions, or to order your new Chrysler 300!