"Music, Laughter, and all that Jazz": 2015 Drayton Entertainment season

"Music, Laughter, and all that Jazz": 2015 Drayton Entertainment season

Bustard Chrysler proudly supports the communities in which we operate. We support everything from sports teams to your local Food Bank to arts and culture initiatives!

For years, we have been a proud supporter of Drayton Entertainment, a not-for-profit charitable organization and one of Canada’s most successful professional theater companies. Drayton Entertainment presents live theater, including Broadway musicals, comedies and dramas to enthusiasts of all ages at seven unique venues across Ontario.

Chicago is a devilish and delightful performance that tells the story of Roxie Hart, a wannabe vaudevillian star who murders her lover and is arrested, despite attempts to convince her husband that her lover was a victim of a violent burglary. While in the Cook County jail, Roxie meets Velma Kelly, a nightclub performer who murdered both her husband and her sister. Tensions arise when both characters acquire the same lawyer and vie for the media spotlight. The result is a spectacular musical that you’ll just have to see for yourself!

The Pirates of Penzance tells the story of Slave of Duty Frederic, who is celebrating his coming of age with his pirate band, when he shocks his fellow pirates by announcing that he is leaving their band. He had been inadvertently apprenticed as a pirate when he was a young boy, because his nurse was hard of hearing and did not properly comprehend his parents’ instructions. Shortly after leaving the group of pirates, Frederic encounters a group of beautiful maidens and their father who is the Major General. The group has a run-in with the pirates but manage to escape on the false premise that the Major General is an orphan (this particular group of pirates, being orphans, take pity on other orphans). Frederic’s plans to destroy the pirates are halted when a secret is uncovered that will change his fate forever. You’ll have to watch the play to find out how it ends!

The Music Man tells the story of smooth talking con man Harold Hill, who arrives in a small Iowa town with a plan to fool residents with an elaborate moneymaking scheme. His plan is to convince everyone that he is a skilled bandleader (despite having no musical literacy whatsoever), and recruit all the boys in town to form a band while pocketing cash he receives for instruments and uniforms. The problem is that some of the members of the small town do not believe his story, and this is further complicated as Harold becomes attached to the townspeople, particularly the beautiful Marion who he falls head over heels with. Be sure to check out this charming musical to see what happens!

White Christmas is a classic musical based on the 1954 film. The story follows Bob Wallace and Phil Davis, World War 2 vets turned song-and-dance duo, who follow a sister act to a gig at a Vermont lodge. This lodge just so happens to be owned by their former army Commander, General Waverly. The lodge is struggling financially due to exceptionally warm weather in the area, and so the boys decide to help out by trying out their new show at the lodge to bring in some customers. Many complications arise and a major misunderstanding almost ruins their plans to put on the show, but you'll be glad to know the ending is happy. You’ll just have to see the play to find out exactly how happy!

Drayton Entertainment is renowned across the county, particularly Southwestern Ontario and has the awards to prove it. No matter which theater or play you choose to attend, we’re sure you’ll be pleased. Drayton Entertainment is a true innovator and leader for arts and culture in Canada, and we are so proud to be part of its success! 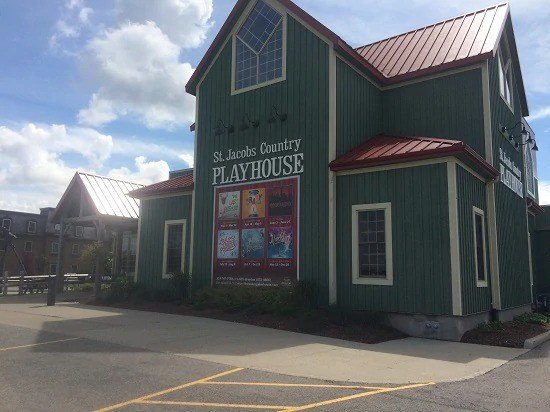